Now you have seen Jobs’ role in the company, you might be getting the idea why there was a dramatic shift in the growth of Apple since he returned.

Apple is called “Jobs’ Cult of Secrecy” because of his attitude towards making things super surprising.

In 1980s when Apple was young, Jobs had a painting in the office, it says “Lousy Lips, Sinks the Ships.” 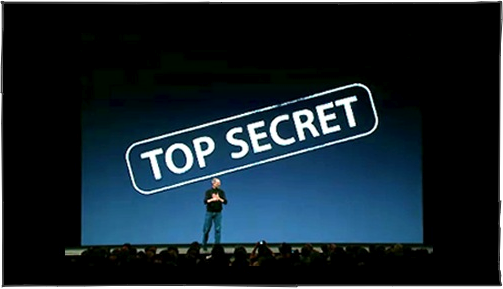 The news is also that Jobs ask any random apple employee to show his iPhone when it was under testing and check if it has security code lock enabled or not. He screams and sometimes fire people when he finds out if anyone violated the rule of confidentiality.

People also claim Jobs’ is a very badass boss, and yes the ex-apple exployees confirms that everyone at apple is scared from him. They usualy prefer not to pass by his office on second floor, even the executives!

When apple was few days away from bankruptcy and people were stressing out about what to do to get a good price for selling the company. Media was making speculations whether it was an end to the Apple computers of not.

Engineers were thinking about how to have an OS which can at least survive.

Jobs came in the meeting room and said “You guys are a bunch of idiots.”

And he narrowed the focus of the company. Apple then focused only on its primary product – The Personal Computer.

The GUI of Mac was redesigned. Every effort and perfectionism was done to make it simple and more powerful than windows operating system. Apple also did some innovations in mac to enhance its features. Whole technology was borrowed from “NExt.”

The OS was redesigned from scratch.

How many companies start from scratch when it’s too difficult to survive in competition and when the company is just few weeks away from bankruptcy?

At that time, or say in my knowledge –NONE

This was the power of focus, simplicity, passion and goodwill, which saved this company.

Also Apple had some really loyal customers or say fanboys.

The new OS that wasn’t just going not to save apple, but was about to change the future. This OS was in later future trimmed and optimized and implemented in iPhones, iPod touches and iPads.

Apple figured an easy way to deliver the ideas. And they still do all these things. They start from scratch in areas of design and development. Just like in the case of iPhone, iPod and iPad.

All of their products are like the sisters of their main product – The Mac.

This made easy for customers to adapt and stick to Apple, specially the fanboys.

Apple keeps its stuff damn secret in an order to get as much attention as they can during the product launch. They try hard to create a suspense environment before launch.

That’s the reason why their product launches or updates are like a super event. And hence it results in record breaking launches and sales.

This secrecy stuff might not work with most companies because most companies have lots of line of product that doesn’t leave room for surprises and they lack a little goodwill or say they don’t have fanboys like Apple or Google. Apple has tremendous amount goodwill and its keep on increasing. Their products are not crappy junk because they don’t have lots of products or series of products like Dell or HP. They have very specific product line and because they have few, they focus really hard to make them best in the world, just like Ferrari or Porche.

Apple is like Ferrari in tech world and other completion is like BMW. People always expect best from apple. The people who hate apple are the one who can’t afford it. But that’s just my experience.

Can Apple take over the Windows’ O.S. market share?

I don’t think so, or honestly, I don’t know. Apple’s products are really good, but they are expensive for average user. But things can change, maybe there will be an OS from Google which is free and dominate most market share in future or maybe UBUNTU, who know?

Whatever the future is, Apple had raised the standards of market. We can predict the future standards by watching what Apple is doing currently, like they introduced USB first time on Mac in 1996 even Intel had invented that. They introduced solid state drive, multi touch is also apple patented and a lot of other stuff like small floppy drive on 1984 Macintosh to simplest and most elegant aluminum design.

You may or may not like Apple, but one thing is sure, we can learn a lot of stuff just by watching them like hawk.

Next I’ll talk about some product development, design and pursuit of excellence stuff that goes inside the Apple HQ.

You should also read the book that I recommended in article no. 1 about Apple. If you haven’t read that article, go on and read it.


Warning: A non-numeric value encountered in /homepages/33/d249180215/htdocs/zielix/harrel/wp-content/themes/Newspaper/includes/wp_booster/td_block.php on line 1008

Why I’m Revolting Against These Specific Individuals?