As we move forward with the post PC revolution, the apps are taking over the world. Popularized by the iPhone, Apple really bought apps into the daily usage and brings into our life with a whole new experience that doesn’t suck, like when phone used to have crappy OS with crappy apps written by non-enthusiast programmers. Today, there is an app for almost everything. But still, this approach is not going to be the most absolute future for the next 30+ years.

When I need to search for a hotel, I go to my iPhone and tap on Hotel Tonight app to search for hotels and last minute deals. I use a few different apps to check out few other things and reviews and stuff. This has made my life a whole lot easier. Now I do not have to carry my MacBook everywhere. If I want to check out anything, I just get my iPhone or iPad out, tap on a beautifully designed app and boom.

But as time goes by, this wonderful ecosystem might go a little stale for reasons that aren’t visible today.

I personally, believe this is an amazing time for making fortune with apps for post PC devices. Because this is only starting up, and things are going to be very green in the coming future.

I’m assuming Apple will do something to make products for people who can’t afford the iPhone or iPad (parts other than US) and maybe it’s a good idea to subsidize them, because there are lots of different ways apple can make money like from app store or iTunes. And these devices are the platform for that.

Android doesn’t have a controlled environment and there are a billion different devices for android, it might have to deal with fragmentation problem even more than how much it has deal currently, but still, android is slowly rising. However, more sales of android doesn’t means more opportunity for game developers because games have specific requirements, specially the kinda games that I’m developing and the games people love to buy with high requirements.

Android is a pretty awesome market for apps that doesn’t have special requirements unlike games. It can be awesome for apps like “clear” or “Oink.”

These beautifully designed apps with amazing and specific functionality is the future of apps for the next 4 years and this will probably make you a lot of money just like some of my clients.

One of my client has achieved more than 1,200,000 downloads of a paid apps in app store. Another one is just about to reach 800,000. The way they are able to do this is by the “product oriented marketing” launch system that I initiate before the development of the app starts, as well as the network of absolutely free and amazing apps they have. We run some promotional campaigns and offer specialized perks for the people who have downloaded the absolutely free apps and took some action from the splash screen or a pop up to try the new paid apps and we give them some instant bonus just to watch the explainer video in a beautifully designed inapp landing page, where they reach instantly when they tap on splash screen without any sort of extra action from them or delay.

The rule is that if it looks douchey and if your offer is stale, popping up over and over again and it just looks a douchey promotional thing, the next time here is what’s gonna happen: people will ignore your offer and your users will be less responsive for the next promotions that you’ll be running in future sometime using the same splash screen and inapp landing page.

Some other clients used other strategies to gain downloads like social media inapp integration and promotions we ran. If you want to learn more, signup for a strategy session with an Igniter Ingenium.

But how much I’m being excited about some amazing games taking over the post PC devices as they more powerful and easier to use, but this still isn’t something that is the most absolute convenience for the future.

You know how people will use the apps?

They will do it directly on the web. Just enter the url and boom, there is an amazing website or service that works and looks exactly like an app that you use on your iOS.

Some of the apps for Google’s Chromium work like this, but it still is very early, however Google has shown us what can be done with the current technologies, just see Google analytics and how it functions, it is just amazing.

Some games powered by html 5 have already showed up the possibilities, Check out some HTML5 powered games.

This is totally cool! Check out this HTML5 game, remember wolfenstein?

There is a lot that can be done with HTML5, CSS3 with combination of some other languages.

BUT – There is still a missing piece here, somewhere, and I hope this solves. This is the real bridge and gap for that to happen.

But still I hate to see hotel websites using flash and I need to jump over to the app to check out some information and hotel website is just not accessible by my iPhone because of flash. Please use HTML5 for your website from now on.

Flash was an amazing piece of software, killed by apple for its native iOS platforms (iPad, iPhone and iPod -T) because of some issues with malwares and security, processing usage and battery drainage and since Adobe® controls it, Apple just don’t want that and make its gizmos depend on it. I think this was a smart move for long term.

But still, the future for this kind of thing to happen is nowhere near. It will require another possible revolution and I hope this happens with graphene and other revolutions.

Right now, just make money developing some amazing apps for iOS and Android and go with the flow.

Things are smooth in this age of personal computing reinvented by the post PC. 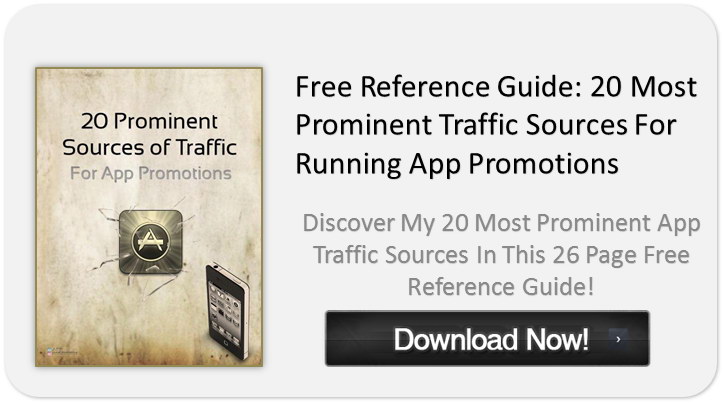 Warning: A non-numeric value encountered in /homepages/33/d249180215/htdocs/zielix/harrel/wp-content/themes/Newspaper/includes/wp_booster/td_block.php on line 1008

This ONE SIMPLE Strategy Drastically Altered My Reality